Quote: “You can’t seperate the people from the environment”. 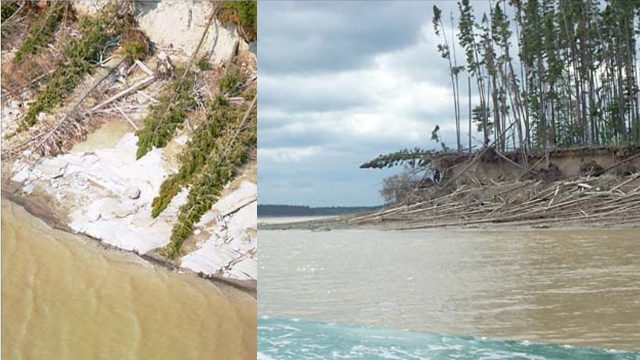 The documentary film Green Green Water follows U.S. consumer, Dawn Mikkelson, as she traces the source of her ‘green energy’ back to the displacement of the indigenous Cree and Metis in Northern Manitoba.

Interview with filmmaker Dawn Mikkelson, with a few outtakes from the movie.

Green green water started as a vlog and was then edited together as a documentary film about hydroelectric power and its impact on the lives of thousands of Aboriginal people in northern Manitoba. This power is then sold to U.S. utilities companies and passed on to their customers.

This is a story about power…power from hydroelectric dams…the power to destroy an ancient culture…the power of big money…the power of Indigenous people who refuse to be powerless in their struggle to survive…and the power of activism.

You can order the DVD from www.greengreenwater.com

Update 25. april 2009:
One interesting aspect of this movie is the fact that Manitoba Hydro, responsible for the dam, launched a countermeasure-campaign after the release of the documentary. You can read about it here and on http://www.greengreenwaterbiased.com/