Farmville is the shit!

If you are on Facebook you have probably seen the annoying messages from your friends who’ve just found a deer in their cabbage patch. Actually, chances are high that you ARE that friend, because according to this screenshot, Farmville is played by over 82 million users.

I have only one thing to say about that: What the fuck! 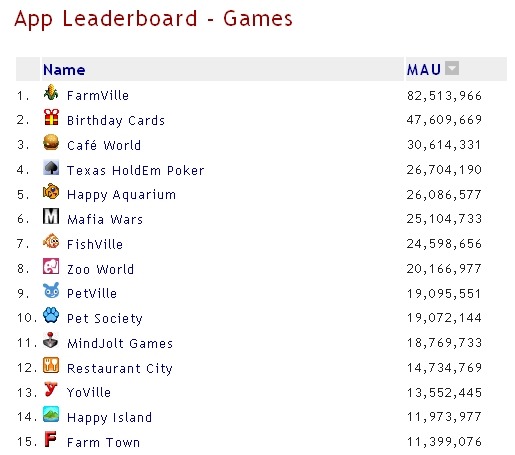