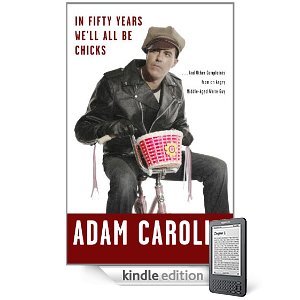 The gym rope:
“Remember that thing that stretched from the floor to the ceiling in your gym class that you could never climb? That constant reminder that you were inferior? It’s the only apparatus I’m aware of that makes i possible for you to be ridiculed while people stare at your nuts. Most of the kids couldn’t make it to the top. But that wasn’t the point; the point was you had to try while some middle-aged guy in a windbreaker who couldn’t make it up a flight of stairs yelled at you. At some point somebody decided the ropes needed to be removed. Sparing the kids the rod is a good thing, sparing them the rope is a horrible idea. We should have put Lardo on that rope, given him a three-Mississippi head start, and then sent a subway rat scurrying after him. But we didn’t want to shame the boy, so we took them all down, gave everyone a participation trophy and a pamphlet on secondhand smoke, and sent them to a cultural-diversity seminar. Taking down the rope would be a capital idea if there were no ropes in life. But they’re everywhere. You just can’t see them. They’re in the workplace, they’re in relationships, they’re in every goal unrealized and expectations not met. The point everyone missed about the rope is you weren’t supposed to make it to the top. It was there to create a fire that burned in the oversize belly of every kid who couldn’t shimmy up it. A fire that has now been forever extinguished with stuffed-crust pizza and Mountain Dew.”

PS: Read the “Letter from the author on the amazon page, hilarious :)