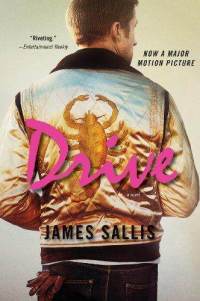 My father was eighty-six per cent white bread and hundred per cent asshole.

… she went after his old man with butcher and bread knives, one in each fist like a ninja in a red-checked apron. She had one ear off and a wide red mouth drawn in his throat before he could set his coffee cup down. Driver watched, then went on eating his sandwich: Spam and mint jelly on toast.

– You really that sure of yourself, kid?
-Yes.
– Good. You want any kind of life out here, you even expect to survive, not get eaten up, used up, you damn well better be.

“We were married for about ten minutes. His name is Standard Guzman. First time I met him I asked. ‘Well, is there a deluxe Guzman somewhere around?’ and he just looked at me, didn’t get it at all. ”

He tossed the fortune cookie in the Dumpster. Even if the damn thing held the gospel truth, who in his right mind would want to know? -Bernie Rose

Had he changed, or had the world changed around him? Some days he barely recognized it. Like he’d been dropped off in a spaceship and was only going through the motions, trying to fit in, doing his best imitation of someone who belonged down here. Everything had gone so cheap and gaudy and hollow. -Bernie Rose

I didn’t really like the movie Drive very much, but bought the paperback to have something to read during takeoff and landing on a recent trip to Berlin. It’s a quick read, and gives more backstory to the main character Driver, who feels a little one, or actually NO-dimensional in the movie.

It tells about his childhood, how he built his career as a stuntdriver, and about heists gone wrong. The movie seems almost like a sidestory to the book, there are so many things left out or changed. Recommended. Also available for Kindle.