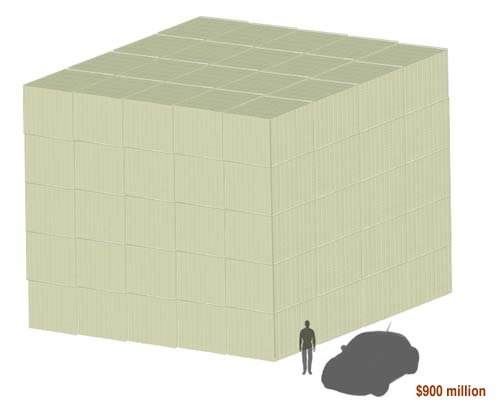 On September 7th, 2003, President Bush announced on national television that he was going to ask the Congress to grant him an additional $87 billion dollars for the fiscal year, beginning October 1, 2004, to continue the fight on terror in Iraq and Afghanistan. Since before then, to the end of September, 2007, the United States has dedicated approximately $315 billion dollars to the cause.

87 billion is an impossible amount to comprehend. Or it was, until http://87billion.com came along and did it for us!

Scary and sad, yes, but also a great example of how designers can help people understand extremely abstracts concepts (like money and war).