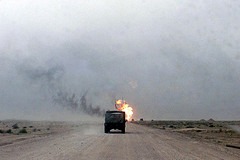 I had a “religious period” when I was 17/18 and read alot of different texts, the old and new testament, and loads of books on buddhism, hinduism, bahai, etc. I was living in the US at the time, in 1990/1991, and it was a time of pretty violent imagery on CNN and in the news papers, with the first Iraqi invation going on, so I suppose I was trying to figure out the meaning of it all, and like every other kid: My role in it all. I also borrowed a few books on Taoism from my school library, and for some reason it resonated with me. I read til I felt I understood the concepts, the prinsiples of the universe trying to find a balance in everything. 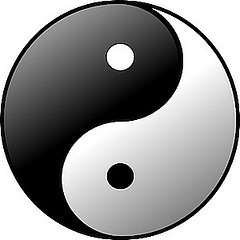 A while later I got my first and last tattoo, a Yin-Yang symbol on my solar plexus (placed on one of the chakras, and a quite painful place to get a tattoo, I found out then and there and was told later :). But tt felt good, it felt like I had completed something important. I suppose I could have chosen a sligtly less cheesy symbol, lets face it, the Yin and Yang is a pretty used up symbol, but for me, at that time, it made perfect sense, a permanent reminder, a portable, compact philosophical ruleset branded into me.

Now, I seldom think about it, I usually forget that it is there, but if life is hard there is a sentence I repeat, that sums up Taoism pretty good:

Originally posted on 43 things: Get a tattoo