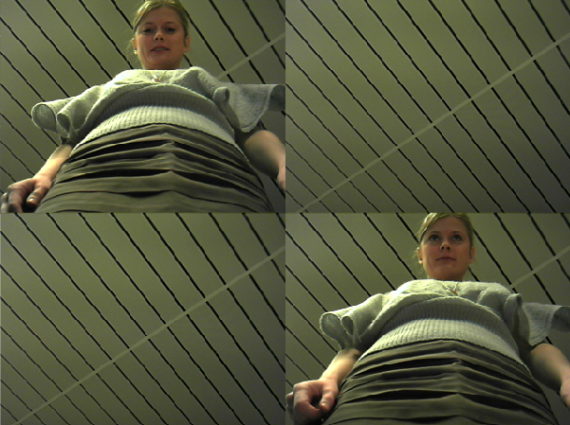 A bathroom scale is probably the last thing you would want as a christmas present. Imagine unwrapping it and trying to NOT seem insulted and hurt? Can you imagine a worse christmas present? Well, how about bathroom scales that take a picture of you, from the worst and least flattering angle, and uploads it straight to the web through Twitter and twitpic? Yes, I know, it’s a horrible idea! Which means it simply HAS to be made. So I did, or at least a working prototype!

Research – trying to find the worst angle to take the picture from!

Check out the example photos taken with the Tweeting batroom scale.

The code is written in actionscript3 and compiles as an AIR app, and is largely based on the wonderful work of Rudy van der Blom which he was so kind as to share with me. He made an APP called Twicam that lets you log in to your Twitter account, snap a 320×240 picture and upload it to the web with the push of a button.

I first change the code a little and added a keylistener, that automated the image posting when you pressed a certain button (r) on the keyboard. My plan was to modify the bathroom scale and add a switch to it, and run wires from the switch to a usb keyboard emulator. I sent that version to Rudy, and then he made a version that was motion triggered, which ment that no wires where necessary. Gold! He also added a cycler that made a grid consisting of four 160×120 images. I then increased the size of the final image to 640×480, and made a small change so that the app only posted a new image after the fourth grid had filled up (instead of every time a new grid was filled), and that is what the code is like now. A work in progress for sure, and I was so much fun to work with Rudy on this. Cool guy!

Rudy has agreed that we can share the code with anyone who want’s it, and I will try to find time to clean it up a little and upload it here. Rudy want’s to make and AIR installer for the motion triggered version and share it from his AIR app site. So stay tuned. Leave your info in the comments below if you want to be notified when the code is online!

I have a bug in the code that makes the image uploaded to Twitpic “off” compared to what you see on the screen when the app is running, so that needs to be fixed. I also want to add the manual switch I think, so that the software only sends pictures when someone is actually standing on the scales. The motion trigger seems a little unpredictable and slow, at least it eats almost all my macbook memory for some reason. A manual switch and a key listener would make the result smoother and more predictable, but the drawback is that you need alot more hardware to set it up.

The motiontriggered webcam is of course a very affordable security solution with free storage on the web, and can be used for just about anything. But I also made a Twittering christmas calendar, that takes a picture of the “thief” if she opens the day in her calendar too early. It’s still just a prototype, but here are some pictures that might give you an idea on how it works. 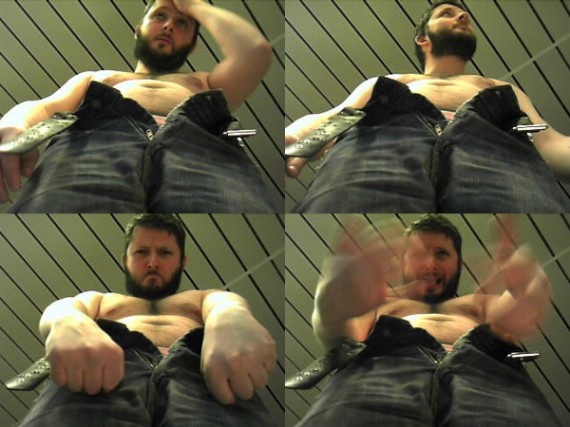