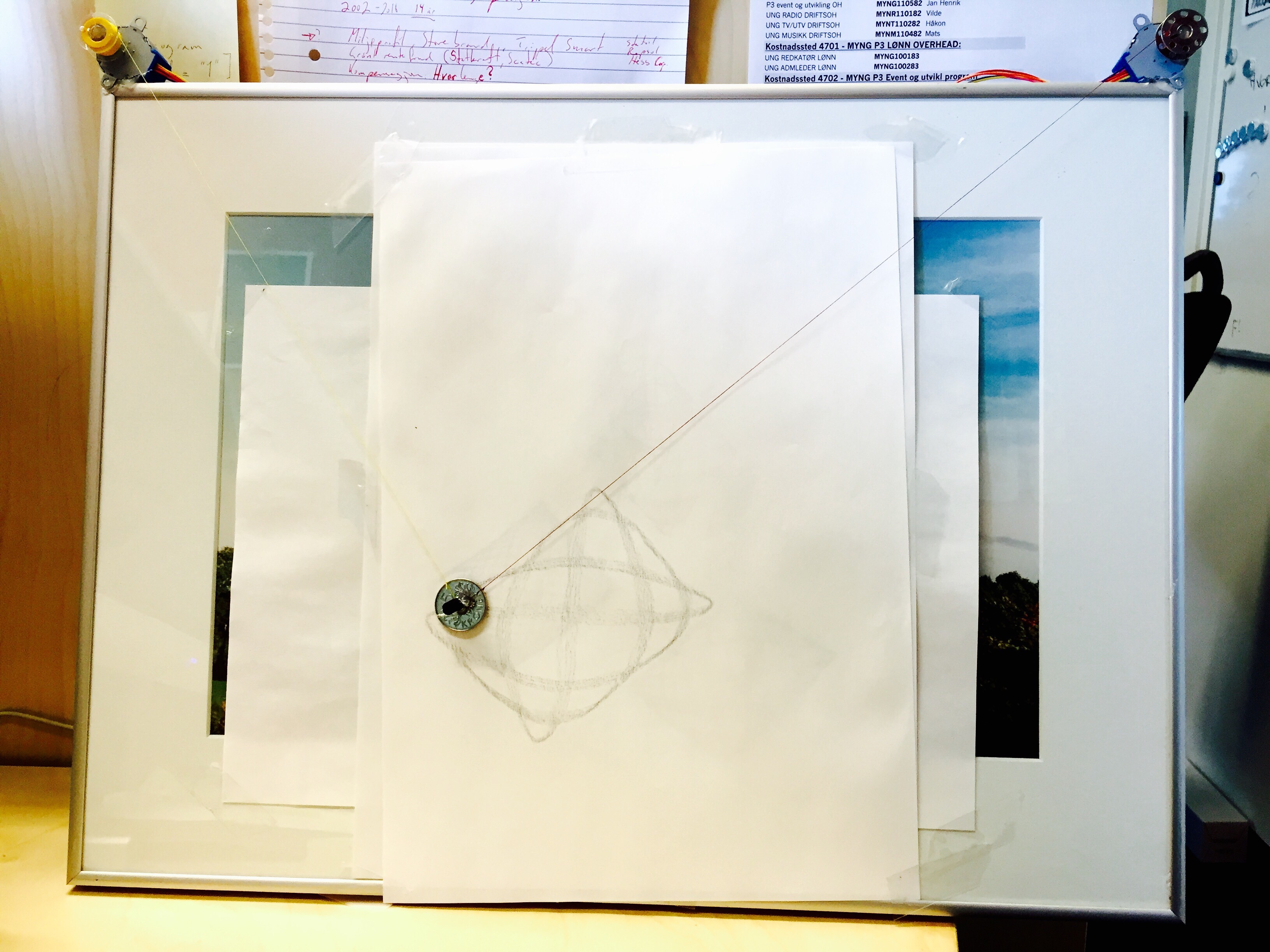 This has been on the todolist for a few years, but today I finally got around to building my first drawbot using Arduino. I wanted to make something that was light, minimal and portable, that can be added to any flat surface with a gluegun. I use small steppermotors with bobbins (from eBay) and thread from a sewing machine to lift a coin with a sharpened charcoal-stick though the center, and a solid metal picture frame as a base.

Code (based on this):
By changing the speed and number of steps it draws asymetric paths. 2048 steps = 1 revolution on these stepper motors.

Ink Test
I cut a piece of sponge and used a pipette to add ink while the machine is running.

The machine is now running the Polargraph firmware, controlled via serial from a Processing app on my laptop. It took a bit of tinkering to get the firmware to run with my steppers and drivers, but once it was up and running it worked pretty well.

Next steps
Run the machine on grbl firmware and test other controllers.
Testing a variations of pens and paper.
Build more machines! Some of the motives I’m working on takes up to 12 hours to draw, so to increase the learning curve I would love to have at least a few more up and running. 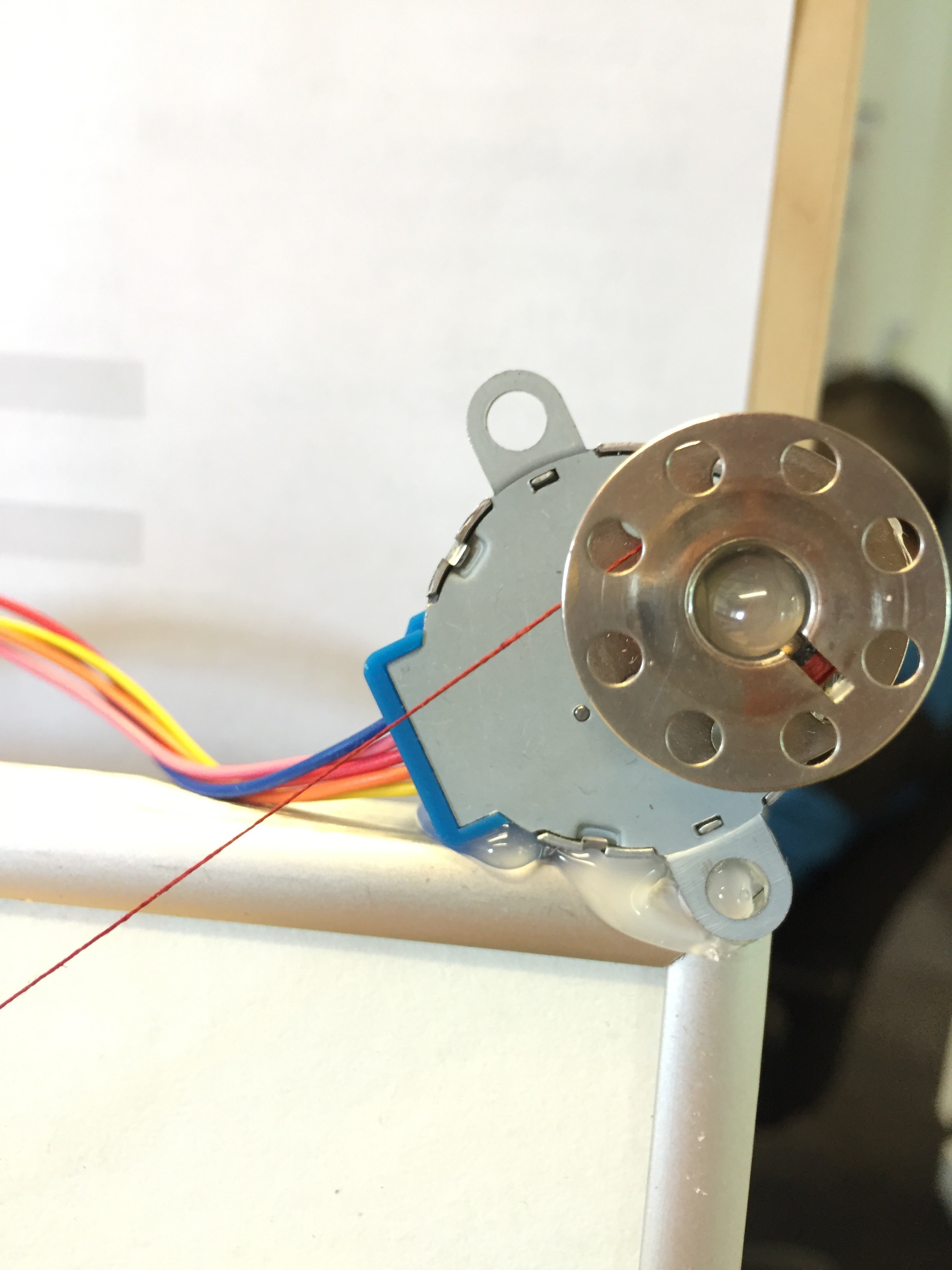 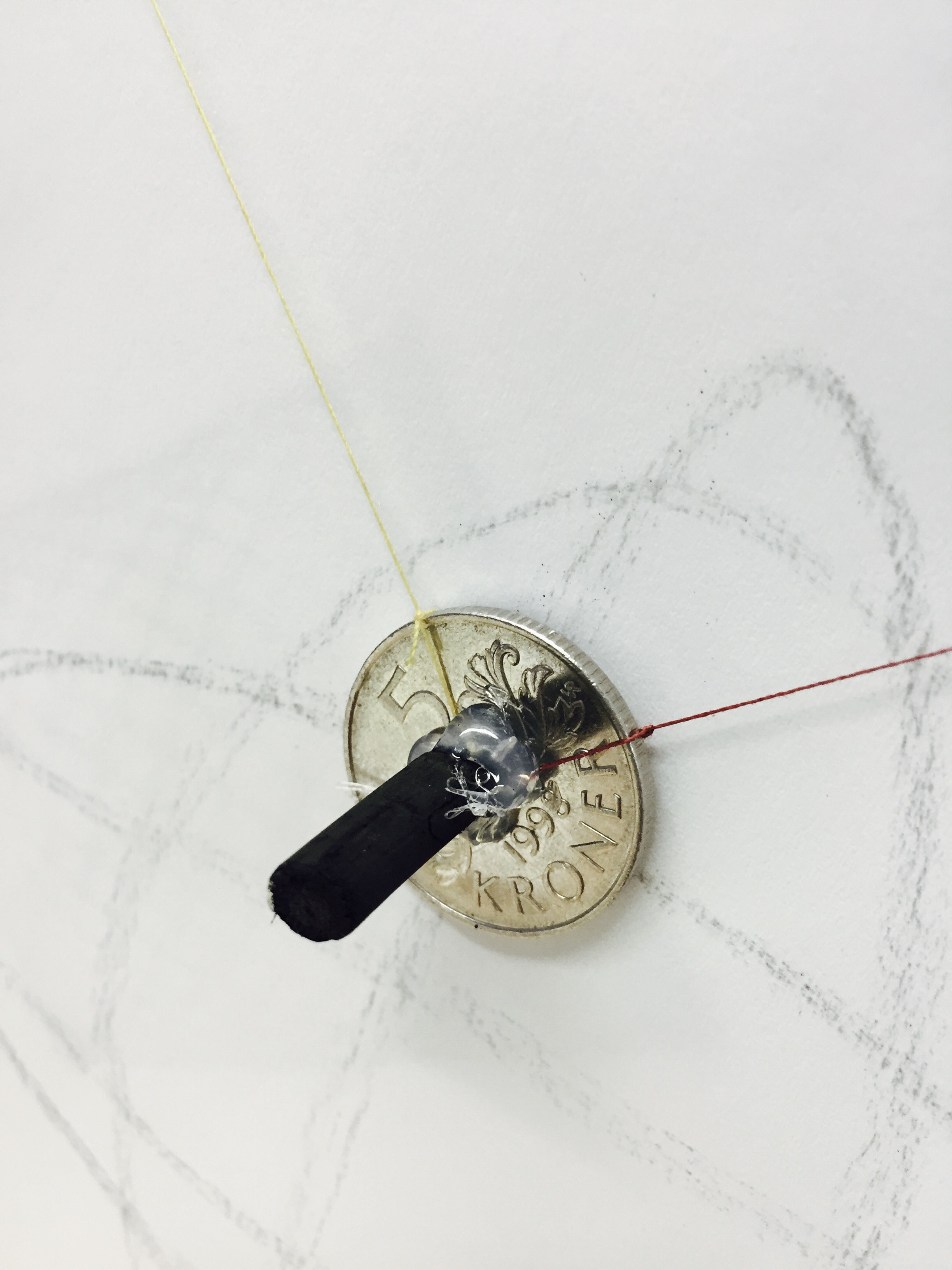 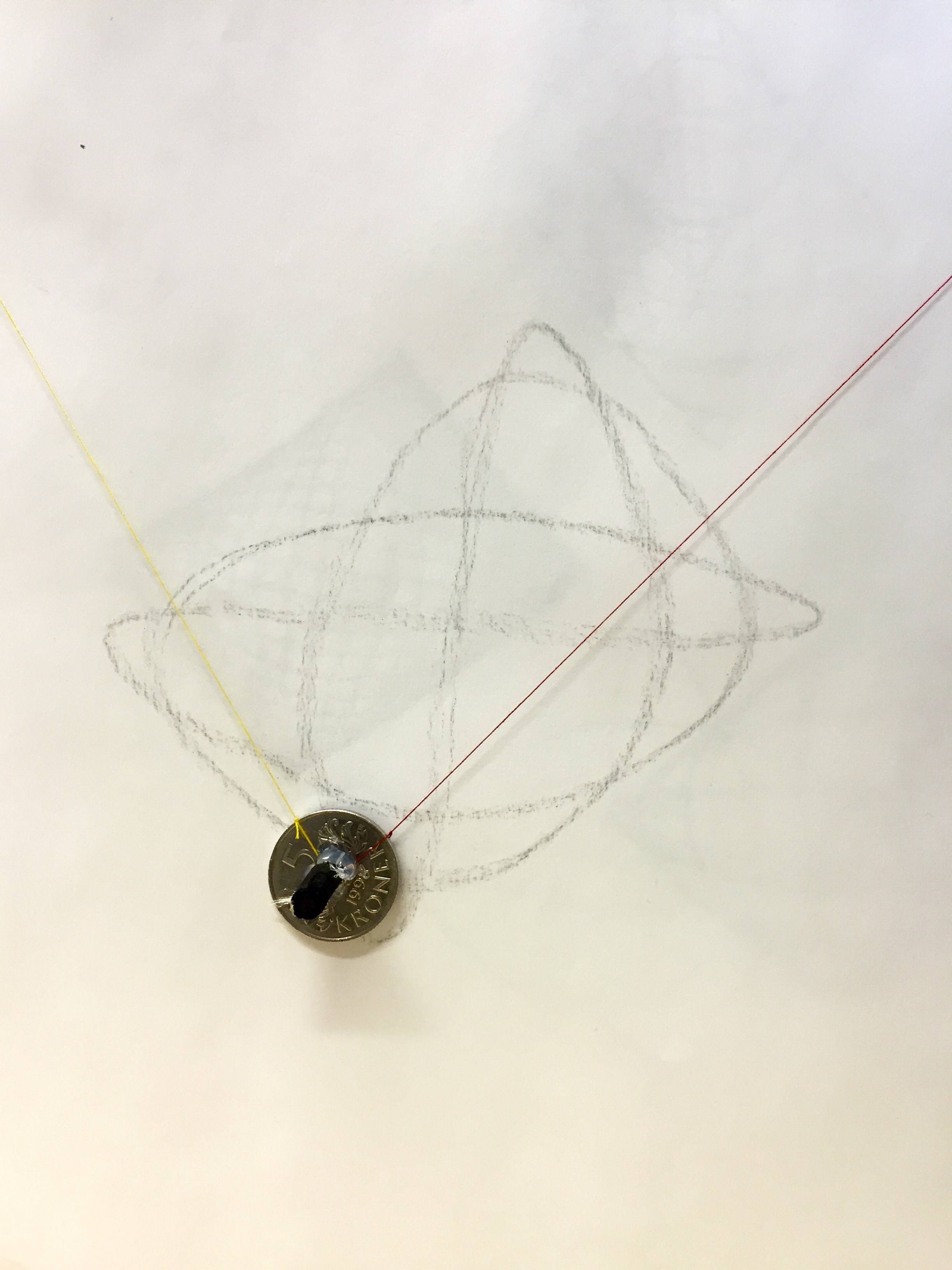 Cardboard project box, spot glued to the back of the frame for easy removal. 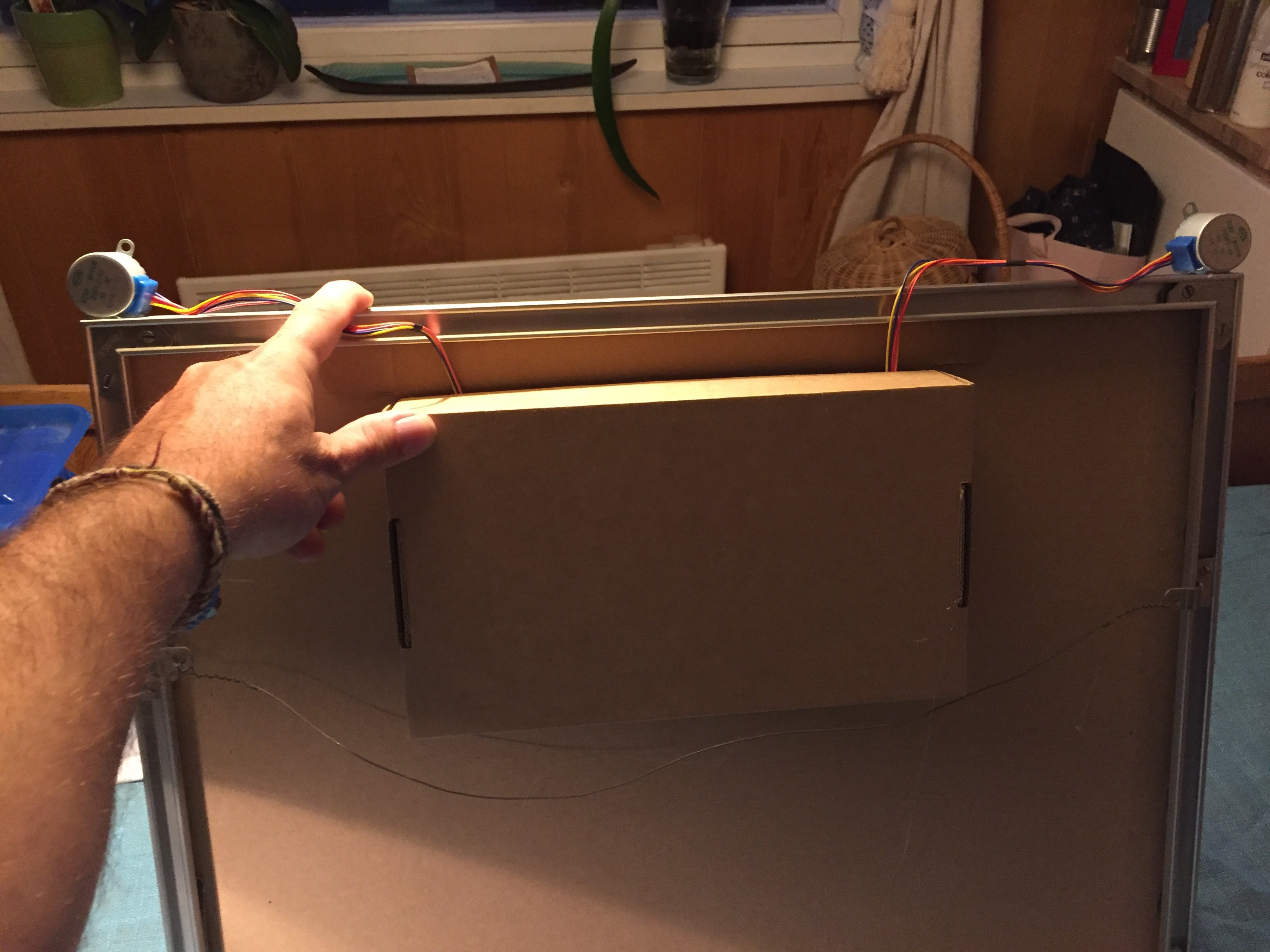 Write L, R, U or D in the Serial Monitor to control the motor. (see also: Youtube Tutorial)